The call for bids to the UK Government element of funding have now closed. The Clackmannanshire Commission will invite a selection of these bidders to submit a more detailed application early next year.

In September 2016 the leaders of Stirling and Clackmannanshire Councils made a joint commitment to a City Deal for the region. The Councils worked together to develop a single, clear, consistent bid for the region and were pleased that an investment of £90.2 million from both Scottish and UK Governments was announced in the Heads of Terms Agreement in May 2018.

Once full business cases have been developed and approved Clackmannanshire is set to benefit from:

Photos of the Stirling & Clackmannanshire City Deal Announcement at the Engine Shed, Stirling
31 May 2018

£90.2 million City Region Deal for Stirling and Clackmannanshire
31 May 2018 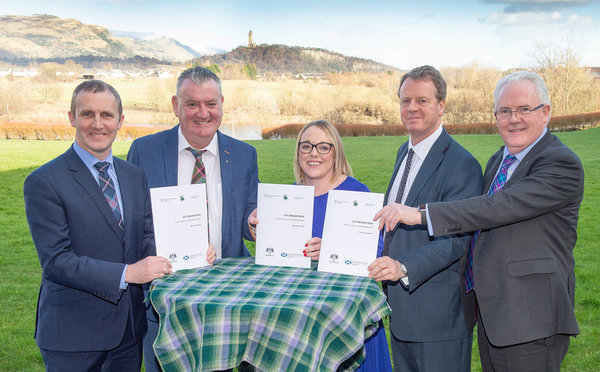 City Region Deals offer the potential for new collaborative regional partnerships, focused on long-term strategic approaches to improving regional economies. They can deliver positive outcomes in line with Scottish and UK Government policy: they encourage Local Authorities to operate strategically at the regional level and they can support a long-term focus on the priorities required to deliver Scotland's Economic Strategy. Each deal is bespoke to the city region and will include a package of measures designed to work as a coherent whole.

A Journey Along The Coast